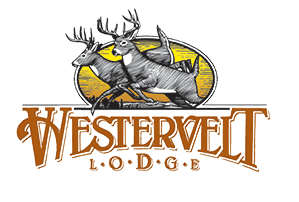 If you are a big-buck enthusiast, there is a good chance you have already heard about the famed Black Belt deer hunting in the state of Alabama.  Alabama’s hunting Region lies above the Coastal Plain and below the Appalachian foothills, stretching across the state through 23 counties.  So named because of the nutrient-rich soil, Alabama’s Black Belt was once an agricultural epicenter.  This fertile habitat is known to produce high-quality whitetails, making Black Belt deer hunting a desirable outing among hunters across the globe.

In fact, the Alabama Black Belt hunting and fishing opportunities bring an estimated $1 billion economic impact to the state, sustaining 11,000 jobs. Both wildlife managers and sportsmen alike recognize that the area consistently produces great weights and excellent antler characteristics in white-tailed deer, placing  Black Belt hunting on the radar of those seeking a record buck for their trophy collection.  Comprising less than 4% of the state’s landmass, this thin, crescent-shaped Black Belt deer hunting region produced 52% of the bucks listed in the first edition of Alabama Whitetail Records, published back in 1989.

For more information about Black Belt deer hunting and other opportunities, please visit the official site of the Department of Conservation at: outdooralabama.com.

Contact
Of the many choices for deer, turkey, quail and dove hunting in Alabama, Westervelt Lodge’s reputation for quality experiences has served as a benchmark since our first hunt in 1951. Guests pursue free range white-tailed deer and wild turkeys roaming our 12,000 contiguous acres in West Alabama – private property that rates as some of the finest in the country.
Pages
Sitemap
© 2020 Westervelt Lodge